Historical Landmarks
To mark, dedicate, re-dedicate, and record historic landmarks pertaining to the period 1784-1815 and to place on file in our Memorial Library a record of these markers.

Markers and Grave Locations
Recognizing Americans who shaped our government by placing memorial markers on graves of any individual who rendered military, naval, or civil service from 1784-1815; Real Daughters and Real Granddaughters of our patriot ancestors; and members of the National Society.
Markers and Grave Locations details may be obtained through the copy service form located on Memorial Library.
Real Daughters and Real Granddaughters Database

Chalmette Battlefield is the location of the Battle of New Orleans In December 1814 to January 1815, American forces, under Major General Andrew Jackson (Later President Jackson), defeated the British, leading to their retreat and, ultimately, to their complete withdrawal from America.

Fort McHenry National Monument and Historic Shrine occupies a permanent position among the historic shrines and monuments of our country by reason of its special meaning in American history. It was a glimpse of the American flag waving defiantly over the ramparts of Fort McHenry that inspired Francis Scott Key to compose our national anthem.

The Natchez Trace Parkway, part of the National Park Service, is a 444-mile drive through exceptional scenery and 10,000 years of North American History from Nashville, Tennessee through Alabama to Natchez, Mississippi. This Society promotes the important role the Trace played in the War of 1812.

Old Fort Niagara played a great part in the early development of our country. The French built the fort in 1726 to further their fur trade with the Native Americans. Because of its strategic location, the nation that controlled the fort could control the waterway into the interior of the country. Fort Niagara played an important role in the French and Indian War, the Revolutionary War, and the War of 1812.

River Raisin National Battlefield Park preserves, commemorates, and interprets the January 1813 battles of the War of 1812 and their aftermath in Monroe and Wayne counties in southeastern Michigan. The Battle resulted in the greatest victory for Tecumseh’s American Indian confederation and the greatest defeat for the U.S. The resulting rally cry “Remember the Raisin” spurred support for the rest of the war.

Saint Michael and All Angels Church is now one of 350 churches owned by the Churches Conservation Trust (CCT) in the UK. Daughters of 1812 recognizes it was partially built by the American prisoners of war of the War of 1812, being held in Dartmoor Prison. The first prisoners were brought to Dartmoor Prison, in the village of Princetown, county of Devon, on 02 April 1813 and eventually totaled 6,553, of which 271 are known to have died. St. Michael and All Angels Church is the only church we are aware of that has been built by American prisoners of war on foreign soil. The Society installed a stained-glass memorial window on June 4, 1910. It was dedicated to the “American prisoners of war who were detained in the Dartmoor Prison, who helped to build this church, and, especially, of the 271 brave men who died here.” 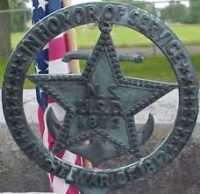 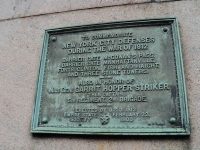 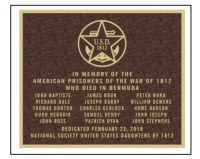 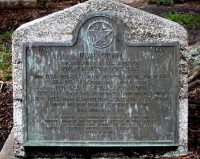 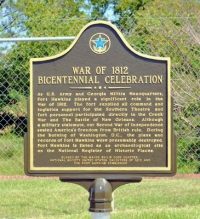 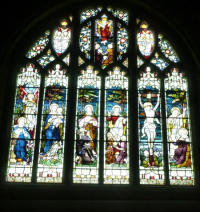