History of The National Society United States Daughters of 1812

The United States Daughters of 1812 was founded by Mrs. Flora Adams Darling on January 8, 1892. The date of January 8 was chosen as it marks the anniversary of the Battle of New Orleans, which was a huge American victory and the last major battle of the War of 1812.

The present Society is the outcome of the General Society United States Daughters of 1812, which was the Society’s original name at its founding.  Mrs. Stephen Adams Webster, Mrs. A. Ramon Salas, and Mrs. Edward Irving Darling Jr., were the trinity who aided Mrs. Darling.

The initial meeting of the General Society United States Daughters of 1812 was held at the home of Mrs. Darling’s son, Edward Irving Darling Jr., in Detroit, Michigan on January 8, 1892. At this meeting, the seal of the Society was adopted; Liberty Enlightening the World ; — as were the motto, Liberty and Unity; the colors of the Society, blue and gray; and the badge, or Insignia, a star and anchor. In recognition of her service the Society made Mrs. Flora Adams Darling an Honorary Life member of the Society. 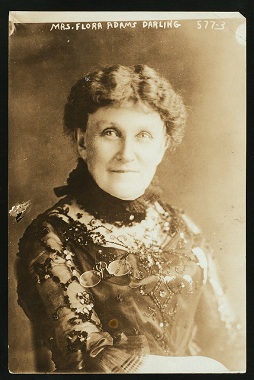 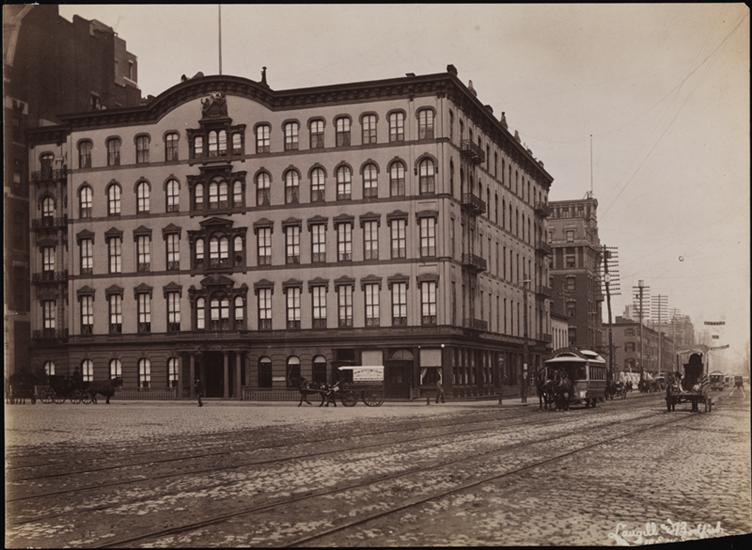 The following names were listed on the early Charter:

During the 1892 to 1897 time period, the following state societies were organized:

Recognizing the importance of securing the future of the Society, Mrs. Darling began efforts to re-organize the Society, and in 1897, she appointed Mrs. William Gerry Slade of New York, as General Organizer. Mrs. Slade became the President of the now re-organizing Society. She used her home as the headquarters for the National Society; she resided at 332 West Eighty-Seventh Street, New York City.

The work of re-organizing the Society continued for many years and was successfully carried out by Mrs. Slade. On February 25, 1901, the Society was incorporated by an Act of the United States Congress and approved by President William McKinley as the National Society, United States Daughters of Eighteen Hundred and Twelve. This was one of the first women’s organizations to receive such a national charter and was also possibly the last bill signed by President McKinley. 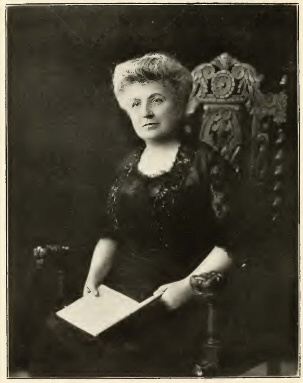 The following names are listed on our current Charter: 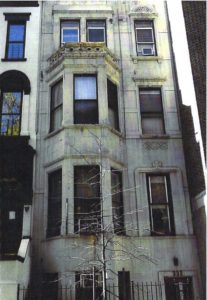 During this time-frame when the Society developed into the Society of today. At the close of the administration of Mrs. William Gerry Slade in 1915, thirty-five State Societies had been organized, with an enrollment of 3,758 members.

Emma Hardy Slade, a dear friend of Flora Adams Darling, recognized and shared the vision that Mrs. Darling had for the Society. With much work and perseverance, she succeeded in bringing  that vision, to fruition. Mrs. Slade served as President of the National Society for a total of eighteen years, 1897-1915, making her the longest running President in the history of the Society.

Members of the National Society United States Daughters of 1812, between the ages of 18 to 35, are termed “Flora Adams Darling Daughters” (FADD) in memory of our Founder. 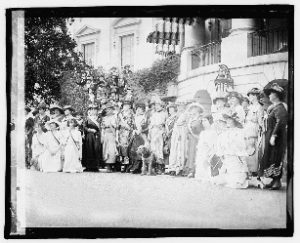 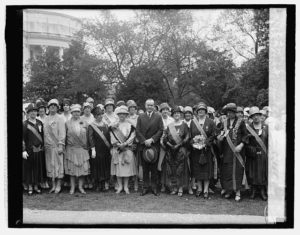