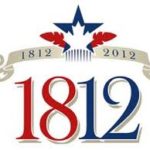 “To preserve and increase knowledge of the history of the American people by the preservation of documents and relics, the marking of historic spots, the recording of family histories and traditions, the celebrating of patriotic anniversaries, and especially the emphasizing and teaching of heroic deeds in the civil, military and naval life of those who molded this government of the United States and saved it from foes both within and without, between the close of the American Revolution and the close of the War of 1812.  In general, its one purpose is the promotion of patriotism.

Mrs. Herbert E. Gates, the first President and Organizer of the Nebraska Society of United States Daughters of 1812 called a meeting on Monday, December 28, 1908 at 10:30 a.m. at the Rome Hotel and formed the nucleus of our organization.

Mrs. Gates presented an ebony gavel, a state seal and a set of books to be used by the Officers.  It was decided to hold four meetings yearly on the first Thursday in March, June, October and December. Mrs. Gates died in Paris, August 4, 1913, and left a legacy of $2,000 to the Nebraska Society U.S.D. 1812.

On Memorial Day in 1914 flowers were placed on Mrs. Gates’ grave in memory of all Daughters of 1812 who had passed on.

This was the beginning of this beautiful annual custom of Honoring our Dead.