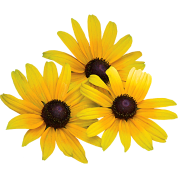 Maryland Welcomes you to the our State Society
United States Daughters of 1812!

The purposes of our society are to promote patriotism, to preserve and increase knowledge of the history of the American people, by the preservation of documents and relics, the marking of historic spots, the recording of family histories and traditions, the celebration of patriotic anniversaries, teaching and emphasizing the heroic deeds of the civil, military and naval life of those who molded this Government between the close of the American Revolution and the close of the War of 1812, to urge Congress to compile and publish authentic records of men in civil, military, and naval service from 1784 to 1815, inclusive, and to maintain at National Headquarters a museum of memorabilia of the 1784-1815 period.

State Scripture
Let your light shine before others, so that they may see your good works and give glory to your Father in heaven. Matthew 5:16 (NRSV)

We have five active chapters in Maryland named after significant men, women, and ships who were important in our State’s History:

If you are interested in joining the Maryland Society United States Daughters of 1812, please visit the Membership Section located on this website. We welcome your inquiry!

In Liberty, Fraternity, and Unity,

War of 1812 Sites and Activities

Birthplace of the Star Spangled Banner

War of 1812 Re-enactment held in September

Exhibit: “Farmers, Patriots, and Traitors: Southern Maryland and the War of 1812”

helped save Georgetown, Maryland, during the War of 1812.  The Kitty Knight House currently operates as a Restaurant and Inn.

displays artifacts such as the original handwritten manuscript of The Star Spangled Banner by Francis Scott Key.

serves as a Goodwill Ambassador of the State of Maryland and the Port of Baltimore.

George Calvert and Rosalie Stier Calvert. During the Battle of Bladensburg, Mrs. Calvert reported seeing battle cannons from her home.

the home and business of Mary Young Pickersgill, creator of the Star-Spangled Banner Flag that flew over Fort McHenry. Activities range from historical presentations about flag-makers, to hands-on demonstrations.

This property, originally known as “Maxwell’s Seat”, offers visitors a unique connection to our Southern Maryland heritage and a glimpse into Charles County’s role in the War of 1812. Maxwell Hall survived the brief British occupation of Benedict, prior to their infamous invasion of our Nation’s Capital.

Home to Bernard Todd during War of 1812

Bernard Todd used his home as a lookout station in the War of 1812 at the Battle of North Point. He is also the great grandfather of Ella Holloway.  Bernard’s father Thomas Todd served in the American Revolution. Both Todds are buried on the property.

Links for Information and Research

War of 1812 in the Chesapeake Region, A Living Clearinghouse