A group of Daughters of 1812 met at the home of Mrs. J. Freeman Hart, 418 College Street, Macon, Georgia, on Thursday morning, March 2,1944, to make plans for organizing a chapter of United States Daughters of 1812, in Macon.

The formal organization of the new chapter took place at the home of Mrs. Freeman Hart, organizing President, on May 18, 1944. Major Philip Cook Chapter was sponsored by the Brig. General David Blackshear Chapter, of Hawkinsville, where Mrs. William Van Bell served as President. 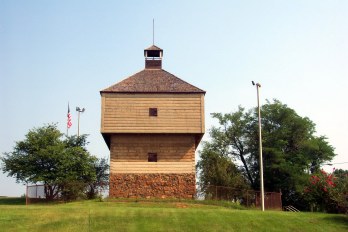 The new chapter was named for Major Philip Cook because of his distinguished service in the 3rd Regiment at Fort Hawkins during the 1812 period. Fort Hawkins was then an outpost of civilization in Georgia where only Indian tribes inhabited lands west of the Ocmulgee River. Captain Cook became the Commander of the Fort in 1812.  The 3rd Infantry had 73 men stationed there on 6 Jun 1812. On August 15, 1813, Cook was promoted to Major and in November 1814, there were 210 officers and men serving under Major Cook.  Cook commanded the 8th U.S. Infantry.  It is certain that Major Cook was commandant at Fort Hawkins at least as late as Nov 16, 1814, and he was probably still in command until his discharge on June 15, 1815.

Just as these founding Daughters of 1812 sought to honor Major Philip Cook, so do the current members wish to preserve the history and memory of a great soldier who helped defend and create a country.