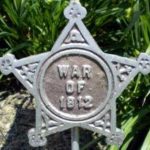 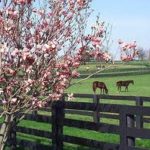 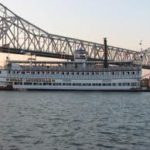 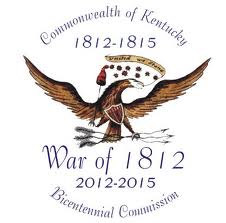 We have a proud heritage of upholding the National Society’s objectives of: promoting patriotism, preserving and increasing knowledge of the history of the American people by the preservation of documents and relics, marking of historic spots, recording of family histories and traditions, celebration of patriotic anniversaries, teaching and emphasizing the heroic deeds of the civil, military, and naval life of those who molded this Government between the close of the American Revolution and the close of the War of 1812, to urge Congress to compile and publish authentic records of men in civil, military, and naval service from 1784 to 1815 inclusive, and to maintain at National Headquarters In Washington D.C., a museum and library of memorabilia of the 1784-1815 period.

During the War of 1812, Kentucky supplied numerous troops, supplies, and leaders to the war effort.  Because Kentucky did not have to commit manpower to defending fortifications, most Kentucky troops campaigned actively against the enemy. This led to Kentucky seeing more battle casualties than all other states combined. Approximately 60 percent of the war’s total casualties were Kentuckians. Furthermore, nearly 25,000 Kentuckians, about one in six, had some type of military service.

During the War of 1812, the southeastern United States experienced a drastic need for saltpeter to be used in rifle black powder and cannon blasting powder. The limestone caves of Kentucky became the focal point of a brief, but vital, mining industry in support of the American war effort. Mammoth Cave and the Great Saltpeter Cave were worked extensively to retrieve the organic materials for manufacture of gun powders during the War of 1812 after the cheaper imported powders were successfully halted by British blockades.

Forging the identity of Kentucky and the nation: the War of 1812 was the first major event after Kentucky’s statehood that coalesced Kentucky’s identity. The war also placed a national focus on Kentuckians, who were influential soldiers and political leaders, like Henry Clay, during the conflict. Clay, Speaker of the U.S. House of Representatives, was a prominent War Hawk, pushing for expansion into the Northwest Territory and Canada and war with the British who continued to supply the resident Indians with the armaments on Kentucky’s doorstep. Clay also served as a peace commissioner in Ghent in the negotiations ending the War of 1812. 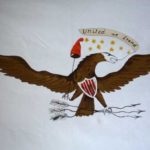 Following the 1813 Battle of River Raisin near present day Monroe, Michigan a battle flag was captured from Kentucky soldiers by the British army.

The tattered flag resided in England for some years after its capture. Before it eventually deteriorated with age, drawings were made permitting the missing sections of the flag to be digitally reproduced and an image of how the flag had once appeared was generated. The interpretive artwork included a shield breasted eagle, nine stars and a banner with the words “United we Stand.” The eagle clutches three arrows in one talon, and a pole with a red liberty cap in the other. Interestingly, the red cap is similar in style to the Phrygian cap, a symbol of French freedom, and may graphically represent Kentucky’s early 19th century Jeffersonian-Republican political leanings and sentiments with France.

It is surmised that this was the standard carried by Kentucky militia serving under United States Army General, James Winchester, during the War of 1812 and at the River Raisin battle when it fell into British hands. Many of these volunteer Kentuckians perished during and after what has become known as the River Raisin Massacre. Some of the Kentucky militia and American soldiers who were wounded, captured or surrendered following the battle were later killed and scalped by Indians allied with the British. This was the worst defeat, in terms of casualties and losses of American soldiers and militia, during the entire War of 1812.