Jonathan Jennings
Organized May 2, 1988
Clarksville, IN 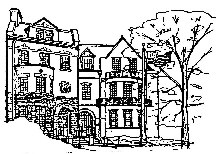 The National Society, United States Daughters of 1812, has established and maintains at 1461 Rhode Island Avenue, NW, in Washington, DC, the only museum dedicated to the historical period of 1784 to 1815, a relatively unknown era of our history. From a former mast of the U.S.S. Constitution which now serves as our flag pole, to powder horns, swords, scrimshaw, diaries and portraits, our museum reflects this exciting period. In 1928 the National Society purchased for their headquarters a three-story brick building. This Queen Anne Architecture, built in 1884 by Rear Admiral John H. Upshur (1823- 1917), has been lovingly maintained and today is in excellent condition. For over seventy five years, members and friends of the society have been adding to the collection of period furniture, books and artifacts.

Originally part of the Indiana Territory, Indiana did not become a state until December 11, 1816. Although still a territory during the War of 1812 and in the Midwest, there are many historic locations within the state relating to the War of 1812, as well as numerous battlefields, monuments, events and famous people. 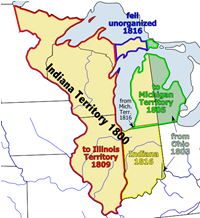 The Treaty of Fort Wayne, 1809
This treaty set the stage for “Tecumseh’s War.”

The Battle of Fort Harrison, September 4 – 5, 1812
A decisive victory and is considered the first land victory for the United States during the War of 1812.

The Siege of Fort Wayne, September 4 – 12, 1812
Indians from the Potawatomi and Miami tribes, led by Chief Winimac, undertook a campaign against Fort Wayne.

The Battle of the Mississinewa, December 17 – 18, 1812
An expedition ordered by William Henry Harrison against the Miami Indian villages in response to the attacks on Fort Wayne and Fort Harrison in the Indiana Territory.

William Henry Harrison:  The first Governor of the Indiana Territory and the 9th President of the United States.

Jonathan Jennings:  The first Governor of Indiana, serving
from 1816 to 1822. 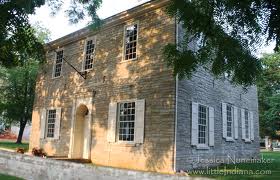 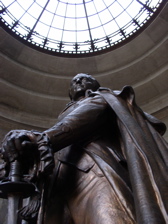