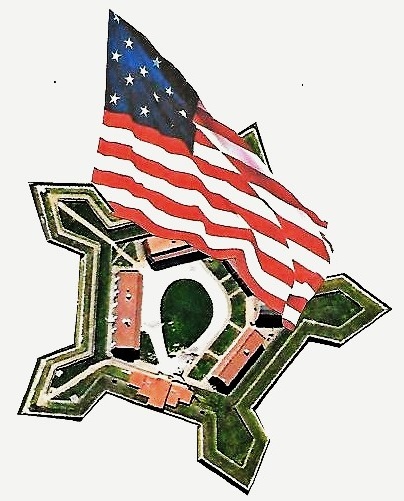 Fort McHenry Chapter meets three times a year on the first Tuesday of February, April and October at Golden Corral in Murrieta.

If you would like to know more about Fort McHenry Chapter or the National Society, please send an email to the Chapter President.

Thanks for stopping by!

And the rockets’ red glare, the bombs bursting in air,

Gave proof thro’ the night that our flag was still there.

O say, does that star-spangled banner yet wave

O’er the land of the free and the home of the brave?

Historical Fort McHenry is in the Locust Point neighborhood of Baltimore, Maryland, and is best known for its role in the War of 1812.  In August 1814, British forces marched on Washington, defeated U.S. forces, and burned the Capitol.  Then, on September 13-14, the British attacked Fort McHenry during the Battle of Baltimore.  The failure of the bombardment and sight of the American flag inspired Francis Scott Key to compose “The Star-Spangled Banner.”