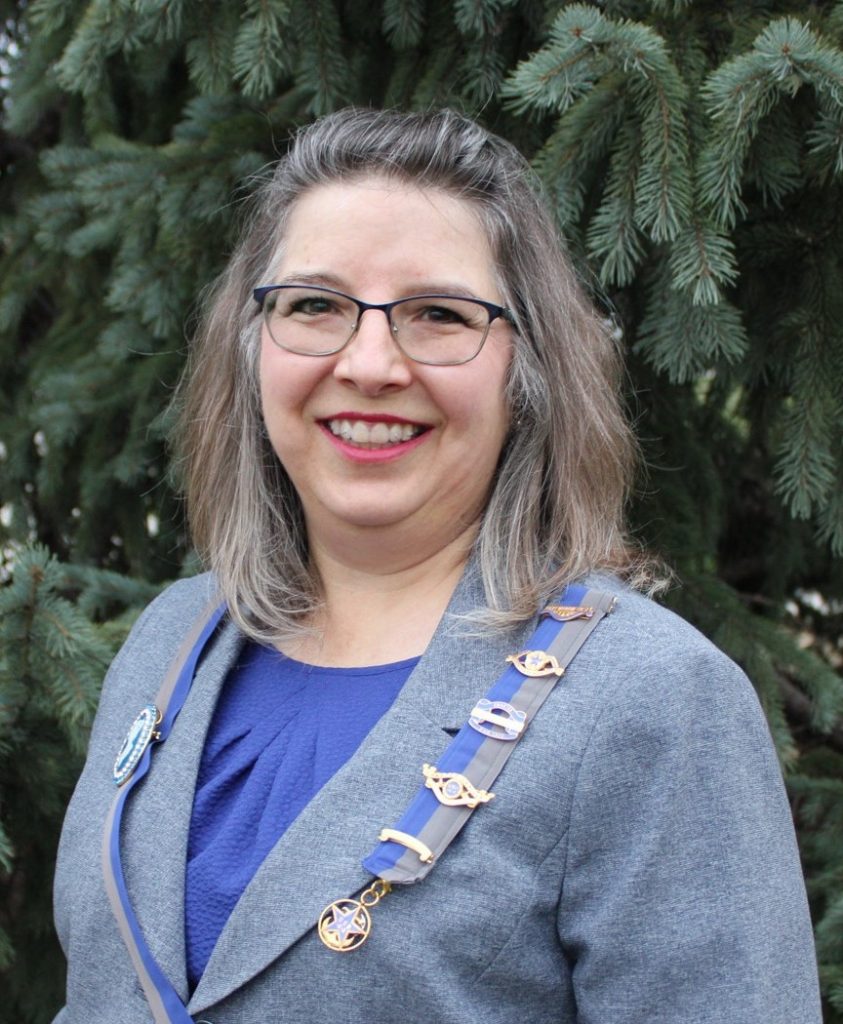 On 15 March 1952, the National Society granted the Colorado Society Charter Number 223, signed by the President National Alice Lane Ingram. This Charter and other relics of the State Society are kept by each current Colorado Society President. Selected artifacts are preserved in the Western History Collection at the Denver Public Library, the Starsmore Center for Local History at the Colorado Springs Pioneer Museum and the National Society United States Daughters of 1812.

The one-hundred-plus-year’s collection of Minutes of Meetings and Scrapbooks of the Society reflect historical and patriotic goals. The Society has made many contributions including those to schools, communities, support of World Wars I and II, the Korean and Vietnam Wars, and other patriotic causes.

On 27 September 1986, the grave of Daniel Carpenter, Colorado’s only known War of 1812 veteran, was marked in the Linn Grove Cemetery in Greeley. He served in the New York State Militia from Genesee County.

The Colorado Society celebrated the 100th year of the founding of the National Society of the United States Daughters of 1812 on 13 May 1992. Ninety years of continuous Patriotic Service by the Major General Alexander Macomb Chapter was also part of the celebration.

The 100th year celebration of the founding of the Colorado Society was held on 19 September 2002. President National Shelby Ward was in attendance.

On 21 September 2012, a new chapter, Daniel Carpenter Chapter was organized to serve members living on the western slope. On 21 March 2013, at the State Council Meeting, the State Society was reorganized by State President Colleen Rafferty Joyce. A slate of new State Officers was installed by State President Elizabeth “Bethe” Clark-Urban.

On 24 October 2015, the Rocky Mountain Crest Chapter was organized in Evergreen by Organizing President and Honorary State President Colleen Joyce.